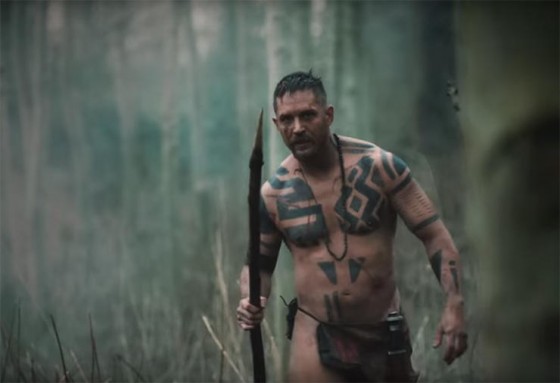 Even though he’s in two of this year’s Best Picture nominees and some of the biggest blockbusters, Tom Hardy is coming to the small screen sometime in the near future with FX’s new drama, Taboo.  Hardy stars as James Delaney, the lost son of an English shipping magnate in 1814 who has been living in Africa but returns home when his father dies and he finds a web of conspiracies and shady characters, most involved with the East India Trading Company.  Hardy produced the show along with Ridley Scott and Jonathan Pryce, Michael Kelly, Oona Chaplin and more co-star.  Honestly, I’m not sure exactly what’s going on with this show but seeing what Hardy’s doing and with Ridley Scott on board, I’m in whenever it debuts, which will most likely be next year.  Check out the trailer below.