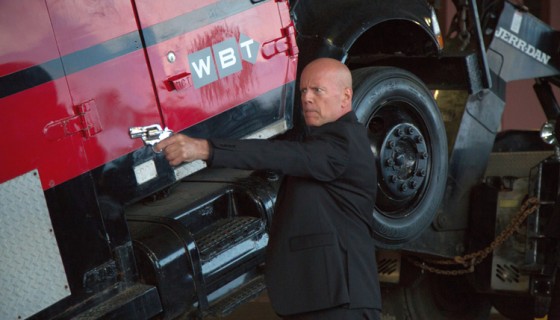 It seems like since Liam Neeson became an action superstar, everyone has been trying their hand at becoming a cinematic bad-ass, like Sean Penn last year and coming up this April, the once and future Zack Morris, Mark-Paul Gosslear gets his shot in Precious Cargo.  MPG plays a thief who is drawn into pulling a heist when his ex, fellow thief Claire Forlani, gets kidnapped by crime boss Bruce Willis.  After pulling off the job and double crossing Willis, the crew faces Willis’ retribution.  It seems like a solid heist/action movie with Bruce Willis seeming somewhat more interested than he usually is in these VOD action movies.  The movie is out on April 22nd on VOD and select theaters and you can check out the trailer below.

Hayden Christensen Has His Son Taken in First Kill (Trailer)

Action Hero of the Week: Jack