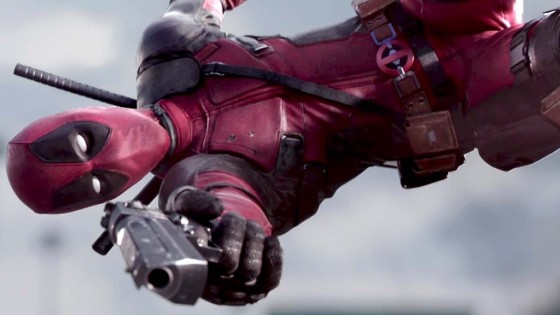 Deadpool remained on top for the third week in a row, becoming the third highest grossing R rated movie of all time.

Deadpool added another $31.5 million, bringing it up $285.6 million total and $609 million worldwide.  American Sniper and The Passion of the Christ are the only two movies beating Deadpool on the R rated chart.

Gods of Egypt took second with $14 million but it’s being considered a bomb as it’s budget was over $140 million and it will be lucky to make $35 million, especially if it falls off hard this coming weekend.  It was the third best opening for director Alex Proyas, behind Knowing and I, Robot.

Kung Fu Panda 3 took third with another $8.8 million, putting it over $128 million for it’s five weeks out and Risen dropped to fourth with another $6.8 million.

Triple 9 rounded out the top 5 with $6.1 million, which is off by about $4 million from director John Hillcoat’s previous crime movie, Lawless and it’s right around the same opening as Armored and The Bank Job as far as heists movies go.

Eddie the Eagle took sixth with $6 million, about what was expected but on the low side of similar family friendly sports movies, even below last week’s Race, which dropped to ninth.

The Witch dropped down to seventh with another $5 million, most likely because it burned a lot of casual horror fans with it’s more deliberate pacing and complexity.