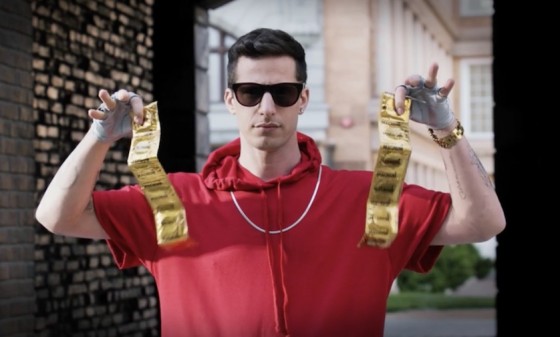 The Lonely Island are back after two incredible, hilarious albums for a mockumentary of seemingly epic proportions, Popstar: Never Stop Never Stopping.  Andy Samberg stars as Justin Bieber parody Connor4Life, who is seemingly the biggest celebrity in the world, able to use multiple holograms of Adam Levine during his concerts, having an entourage that includes a personal bagpiper and much more.  Jorma Taccone and Akiva Schaffer co-direct and also are featured as members of Connor’s entourage.  It looks pretty great, with tons of cameos from the music and comedy worlds and Samberg seems like he’s perfectly nailing the deluded madness of Bieber.  The movie is out in June and you can check out the NSFW Red Band trailer below.