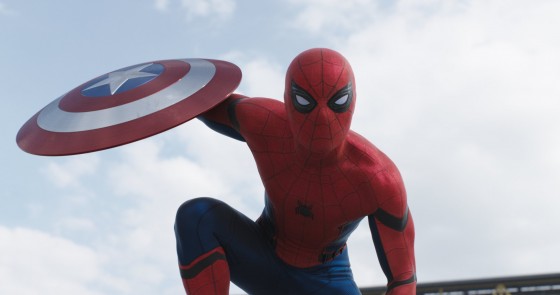 The final trailer for Civil War is here and there’s a ton of new footage, the most important of which is the reveal of our new Spider-Man, Tom Holland, who finally makes his return home to the MCU (although at seemingly the worst possible time).  Based on what’s happened in New York, Washington and Sokovia, the Avengers are being forced to sign the Sokovia Accords, which puts their jurisdiction and deployment in check.  Tony Stark agrees to the measures but Steve Rogers does not, and he also has his old pal Bucky regaining his memories but is also the most wanted terrorist on the planet.  Both men gather a team of Avengers to their side and the heroes battle it out to settle things.  There’s some great stuff in this new trailer, including more from a chase featuring Black Panther and Bucky, Ant-Man riding an arrow shot by Hawkeye and the Spidey shot at the end where he seems like the secret weapon of Team Stark.  Captain America: Civil War arrives on May 6th and you can check out the new trailer below.