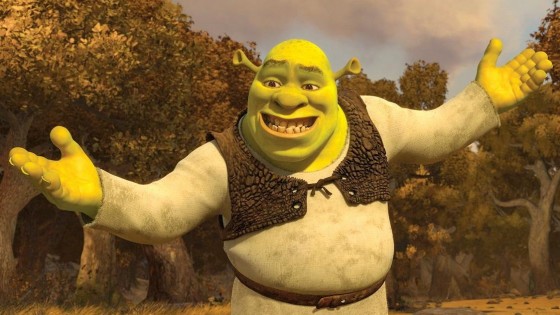 Along with “All Star”, the first Shrek movie featured another huge Smash Mouth hit, a cover of The Monkees’ “I’m A Believer”, which was written by Neil Diamond.  The song played during the celebratory finale and Eddie Murphy joined Smash Mouth for the movie version, singing as his character Donkey while the official music video features just the band, as lead singer Steve Harwell bumps into a girl after coming out of a screening of Shrek and then pursuing her around town, including to a “Fairy Tale Convention” where some costumed characters from Shrek appear.  The song hit number 25 on the Billboard Hot 100 and you can check out the movie and music video below.