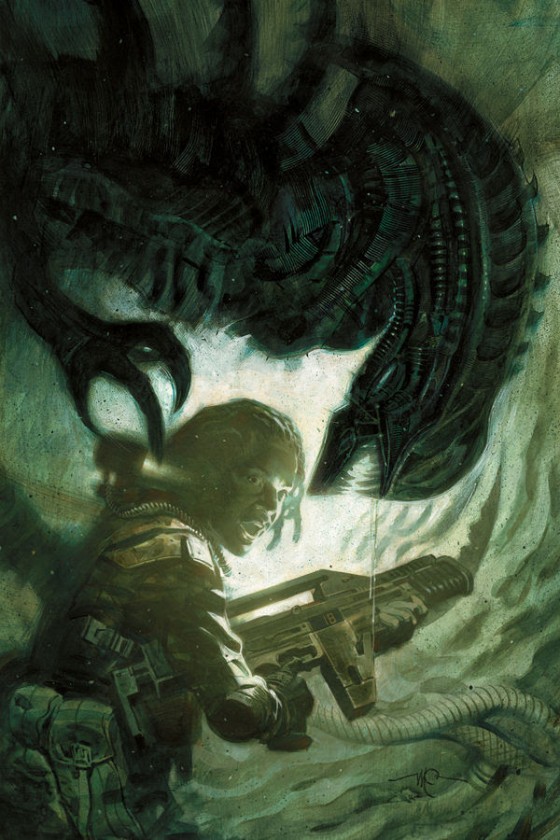 After the big announcement of Alien Day yesterday, one of the new Alien items leading up to that day is a new mini-series from Dark Horse Comics, Aliens: Defiance.

Following a female marine named Zula Hendricks, who has just recently recovered from a devastating injury, she’s part of a team investigating a derelict deep space hauler.  As you might expect, the crew of the hauler is dead and the ship is infected with xenomorphs: 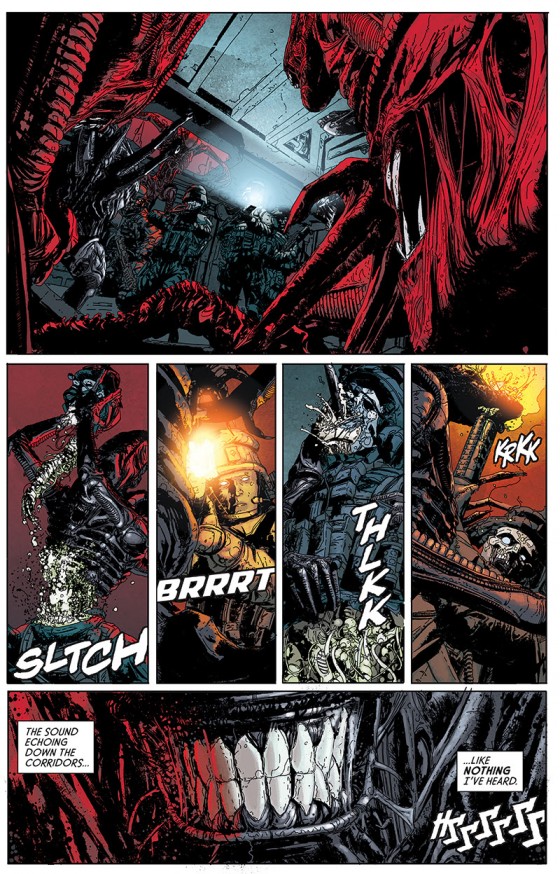 Zula is the only human survivor and the rest of her squad is Weyland-Yutani synthetics, who have abandoned their primary objective to capture the xenomorphs and instead decide to head out to try and stop them once and for all.  The story is classic Aliens but it finally does what we’ve been wanting from the franchise where the fight is finally taken to the xenomorphs instead of characters constantly stumbling onto them.  The twist that it’s a squad of synthetics is also a great change of pace, as they’ve always been some of the most memorable characters in the franchise and it raises the stakes for the second issue as, as we’ve seen in the past, there’s always the chance the synths will go rogue or have some ulterior programming.

The other standout besides the story is the art by Tristan Jones.  He brings the xenomorphs back to the horrifying monsters of the first two films with his dark, realistic take while also maintaining the iconic, retro-future look of the ships and technology.  Brian Wood does the writing on the book and it’s solid, it didn’t particularly jump out at me as great but the dialogue feels appropriate for the universe and there’s a good dynamic between hard ass marine Zula and her more analytical synthetic squadmates.

If you are a fan of the Alien universe, this is definitely a comic to check out.  If you want to be sure you have a copy waiting at your local comic book store, make sure you head there before April 4th and let them know the Previews code is FEB160010 so they can get their orders in.  The book arrives on shelves on April 27th.