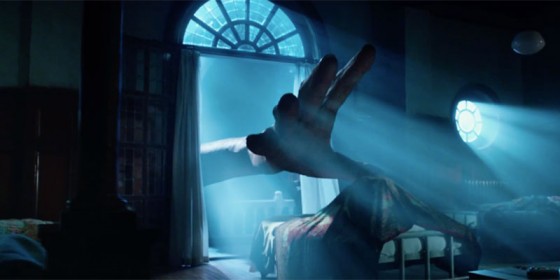 Steven Spielberg is reteaming with his Oscar winning actor Mark Rylance for this summer’s adaptation of Roald Dahl’s classic story, The BFG.  It’s Spielberg’s first ever Disney film and follows the titular Big Friendly Giant (voiced and featuring the likeness of Rylance) who takes a lonely young girl named Sophie to Giant Country, where the two bond but the other, more vicious giants learn about Sophie and eventually threaten the human world.  Jermaine Clement and Bill Hader voice some of the villainous giants and Rebecca Hall and Penelope Wilton also co-star.  The special effects look pretty great and Spielberg is much more subtle about the fantasy world he is creating, as opposed to the eye bleeding Underland of Disney’s Alice series.  The movie is out on July 1st this summer and you can check out the trailer below.

Cell Phones Cause the Apocalypse in Cell (Trailer)