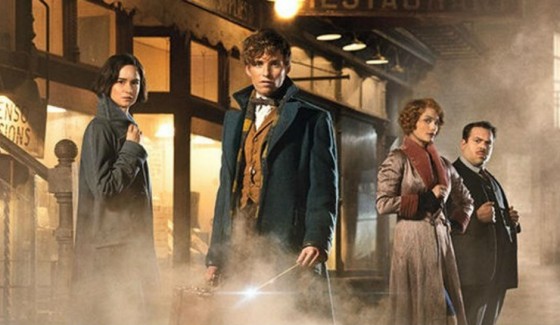 After eight films in present day London, the Harry Potter series heads across the pond and back in time for Fantastic Beasts and Where to Find Them.  Eddie Redmayne stars as magizoologist Newt Scamander, who is finishing a world tour collecting various magical creatures and their habitats in a magical suitcase.  He arrives in 1920’s New York City to meet with an official of the Magical Congress of the United States but a mishap unleashes the creatures and puts Newt on the run from NYC’s magical authorities, led by auror Percival Graves (Colin Farrell).  The incident also adds fuel to the fire of the New Salem Philanthropic Society, who are bent on destroying all wizards and witches in America.  Ezra Miller, Katherine Waterson, Samantha Morton, Dan Fogler and Jon Voight co-star and David Yates returns to direct after directing the final four Harry Potter films.  The movie is out on November 18th and you can check out the trailer below.

The Legend of Tarzan Trailer #2