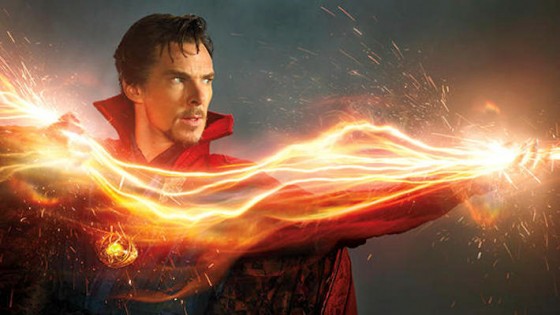 Captain America: Civil War is almost upon us but looking to the fall, the second MCU movie of the year is the introduction of the Sorcerer Supreme to the universe with Doctor Strange.  Starring Benedict Cumberbatch (who is surprisingly not using his natural British accent) as Stephen Strange, a brilliant surgeon who is in a car accident which destroys his hands and he sets out around the globe to try and find a way to heal them.  He eventually discovers the magical citadel of The Ancient One (Tilda Swinton), who teaches him the ways of magic, alternate dimensions and the astral plane.  There’s some Inception level imagery going on and things will probably get even weirder than they have gotten in the Thor movies.  Scott Derrickson, who directed Sinister, is directing Doctor Strange and it’s out on November 4th, check out the trailer below.

Doctor Strange Explores The Multiverse of Madness in May (Trailer)