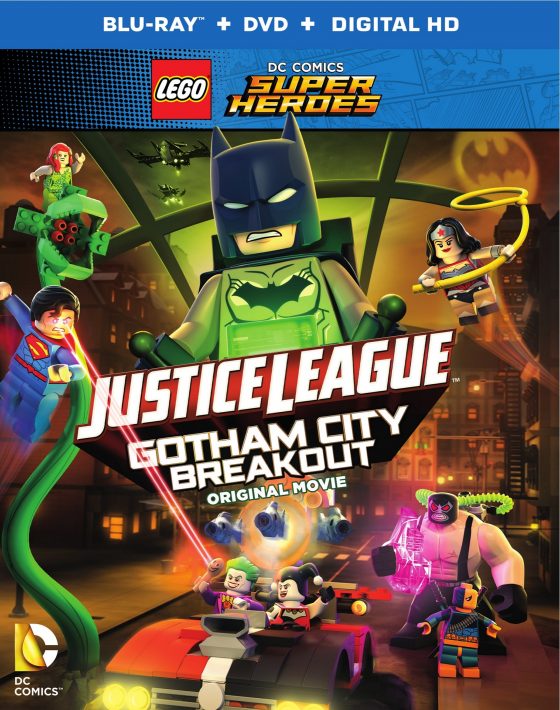 Troy Baker’s Lego Batman (not to be confused with Will Arnett’s Lego Batman) takes a much needed break from protecting Gotham City when the other members of the Justice League offer to watch over the city in the upcoming Lego Justice League movie, Gotham City Breakout.  Superman, Wonder Woman and find themselves possibly in over their heads when The Joker, Harley Quinn, Penguin, Poison Ivy, Scarecrow and more escape from Arkham Asylum.  Batman’s vacation, meanwhile, is broken up by the appearance of Deathstroke and Bane.  It looks like a lot of fun, just like the other Lego Justice League movies, and the voice cast is an all star gathering again with the aforementioned Baker along with Nolan North, Tara Strong, Tom Kenny, John DiMaggio, Jason Spisak, Sarah Hyland, Eric Bauza, Grey Griffin, Khary Payton, Will Friedle and Vanessa Marshall.  The movie is out on DVD and Blu Ray on July 12th, 2016 and you can check out the trailer below.