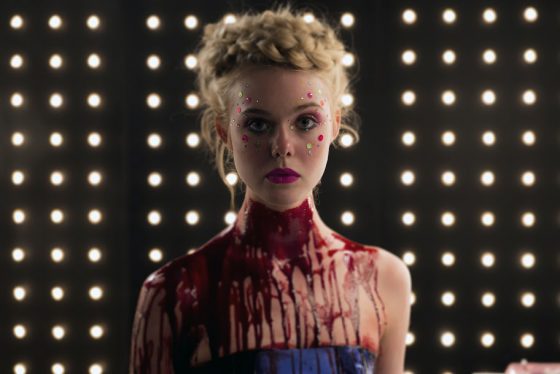 Nicolas Winding Refn is back with his follow up to 2013’s Only God Forgives, The Neon Demon.  Elle Fanning stars as a young, ambitious woman trying to enter the world of modelling and will seemingly do anything to become one of the world’s top fashion models.  Christina Hendricks, Keanu Reeves, Abby Lee, Jena Malone and Bella Heathcoate co-star and it looks the usual gorgeous but bizarre imagery we’ve seen from Refn since Drive.  Refn’s wife, Liz Corfixen revealed that The Neon Demon is also inspired by countess Elizabeth Báthory de Ecsed, who, among other things, allegedly bathed in the blood of virgins she murdered to stay young and beautiful, so maybe Elle Fanning will be employing a similarly insane strategy to gain an edge in the fashion world.  The movie is set to debut at Cannes, which did not work out great last time for Refn, and there’s no US release dates yet but Amazon is distributing it, so it should at least arrive on Amazon Prime Instant Video sometime in the future.  Check out the trailer below.