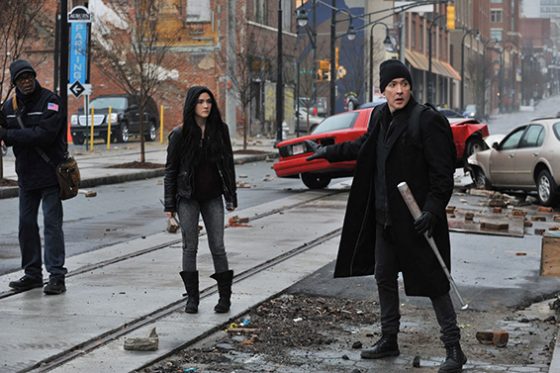 11.22.63 set the bar extremely high this year for Stephen King adaptations and it seems like Cell might not quite reach the heights of that Hulu show, although there’s some big names attached.  John Cusack stars as an artist on his way home to his son when a strange cell phone signal infects everyone on their phones, turning them into mindles, homicidal monsters.  After escaping the airport, Clay (Cusack) meets fellow survivor Tom (Samuel L. Jackson) and they gather a small band to try and make their way to safety while Clay still wants to find his son.  Stacy Keach and Isabelle Fuhrman co-star and it looks like a pretty standard zombie movie, albeit with Jackson and Cusack, who have teamed up before for a King adaptation in 1408.  The is directed by Paranormal Activity 2’s Tod Williams and it’s out on VOD on June 10th before a limited theatrical run on July 8th.  Check out the trailer below.