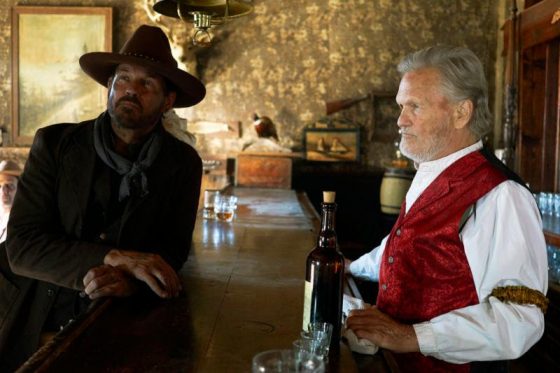 Streets of Fire’s Michael Pare heads to the Wild West for the old school western, Traded.  Playing rancher Clay Travis, he heads to Dodge City when his daughter is kidnapped and takes down anyone who stands in his way of rescuing her.  Trace Adkins plays Ty Stover, who’s part of a sex ring operation that Travis’ daughter has been traded into and Kris Kristofferson plays Billy, an old barkeep who helps Travis on his quest.  Tom Sizemore also shows up and it looks like the movie hits most of the Western beats you would want, including duels on the street, hopping onto trains, bar brawls and more.  It’s out in select theaters and VOD/Blu Ray on June 10th and you can check out the trailer below.