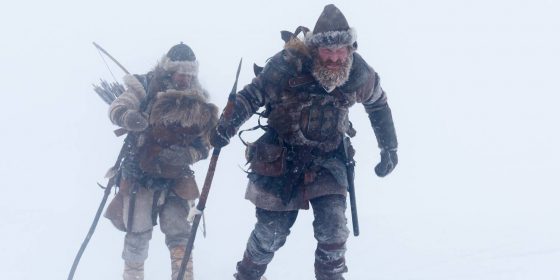 Coming out of Norway, The Last King is an upcoming historical action movie set in 1206 and, surprisingly, seems like it’s going to feature a ton of skiing set pieces.  Starring Jakob Oftebro, who’s been in movies like Kon-Tiki and When Animals Dream, and Kristofer Hivju, who plays Tormund Giantsbane on Game of Thrones, as a pair of warriors who must protect the infant son of the king after the king is murdered by a usurper.  As mentioned before, the main thing that looks like it’s going to set this movie apart from other historical action movies is the skiing, as it looks like there’s going to be at least one huge chase down a mountain a la similar scenes in the Bond movies like On Her Majesty’s Secret Service.  The movie is out On Demand on June 17th and you can check out the trailer below.

The Truth is Out There with UFO (Trailer)

Cell Phones Cause the Apocalypse in Cell (Trailer)