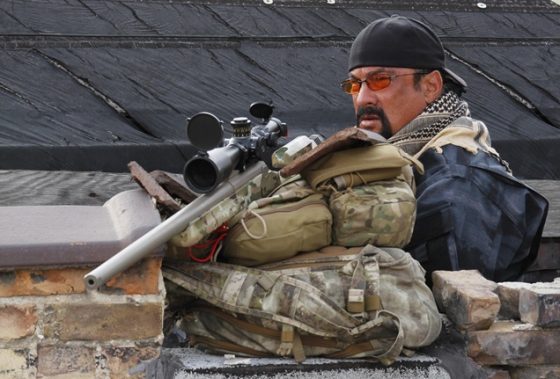 The latest Seagal flick seems somewhat familiar as Seagal plays Colonel Robert Sikes, whose family is brutally gunned down by drug dealers doing a drive by and he decides to take the law into his own hands and dish out some vigilante justice in his home city.  Yup, it’s a straight rip off of The Punisher.  Seagal is doing a hilariously terrible Southern(?) accent in the movie and seems to spend most of his time behind a sniper rifle, so he doesn’t have to move that much. Louis Mandylor and James Russo co-star and it’s directed by Michael Winnick, who hasn’t really directed anything big or notable.  It’s actually out right now on VOD, but we only just heard about it today.  Check out the trailer below.