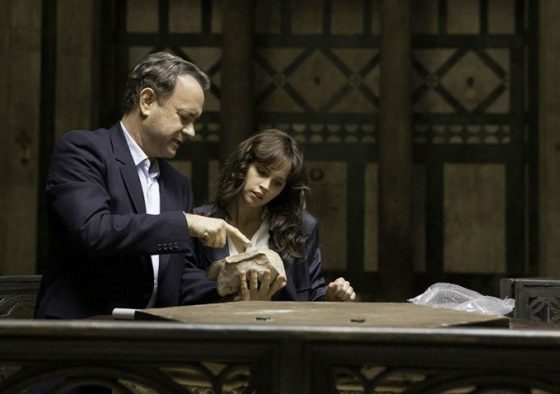 Tom Hanks is back as the world’s great symbologist, Robert Langdon, for the third movie adaptation of Dan Brown’s historical adventure series, Inferno.  Actually the fourth book in the series (Sony seems to be skipping the Masonic themed Lost Symbol for right now), Inferno finds Langdon waking up in Italy with no clue of why or how he got there.  He teams up with a doctor, Sienna Brooks (Felicity Jones) and the two unravel a series of clues based around Dante’s Inferno that is the key to stopping a madman from unleashing a virus designed to kill at least half the world’s population.  Ben Foster seems to be playing that madman and Irrfan Khan and Omar Sy co-star as well and Ron Howard is back to direct.  The movie arrives on October 28th and you can check out the trailer below.