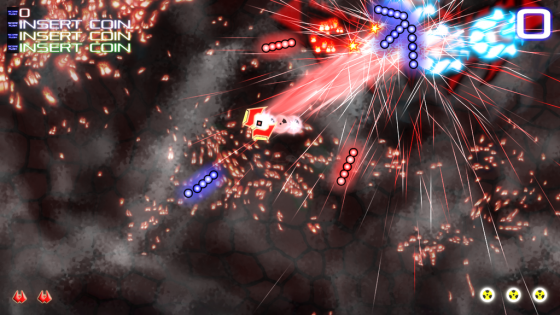 Between a jam packed end to the regular TV season and multiple conventions, it’s been a while since we’ve had a Gamebox 2.0 but we’ve gotten the chance to check out another batch of big and indie games on PC and Console, find out what we played and what we thought below.

Score Rush Extended: If you’re a fan of bullet hell shmups, Score Rush Extended is one of the best I’ve played in a while, riding the edge of being too insane but you have enough tools and super tight controls to survive the onslaught.  Score Rush is actually a dual stick shooter, unlike some of the more classic top down scrollers, and it also allows up to four player co-op, something I haven’t tried and I don’t think my brain would even be able to process it.  There are gigantic boss ships attacking frequently and you can eventually power up your main weapon to be a fountain of neon death that takes up half the screen.  It’s on the PS Store right now for a discount, it’s definitely worth checking out if you need to challenge your thumbs.

Postal Redux: The OG classic returns with an HD remake from Running With Scissors.  Kicking off the controversy of the series, Postal Redux has you playing as the psychopathic Postal Guy as he attacks bigger and bigger targets while fighting off the police and army trying to stop him.  It’s about as old school as you can get, there’s no leveling up, no RPG stat systems, just you and a slew of guns on a set screen, kill all the enemies and move on.  It’s been 19 years since the game originally debuted and it’s almost quaint now considering the games that have raised the controversy bar since then.  The gameplay is simplistic but still pretty fun and there’s some fun scenarios if you aren’t too easily offended, like blowing up a marching band during a parade with a rocket launcher.  It’s on Steam right now.

One Troll Army: TinyBuild has always been creative when it comes to their PR campaigns and their most recent one involved them taking on the hordes over on Twitch in their new tower defense game One Troll Army.  The game allows you to take on your Twitch viewers as they control grunts in the attacking army using special hashtags while you control the game’s titular Troll, who is hired by a group of goblins to defend their fort.  Twitch defeated TinyBuild, so the game is available for free on Steam.  Even if it wasn’t free, it’s well worth checking out, as it’s a solid tower defense game with some RTS style resource gathering and upgrading as well, both for the fort and your troll. 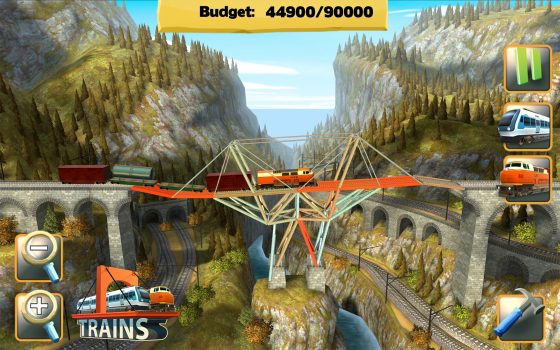 Bridge Constructor (Trains): Bridge Constructor has been out for a while with it’s great physics based construction puzzles and now there’s a new expansion that adds passenger and freight trains into the mix with all new levels.  If you’ve conquered the rest of Bridge Constructor, this will definitely test your engineering skills, as most of the bridges you are required to build run over deep ravines and canyons and your creations will have to be strong enough to hold the trains, the heaviest vehicles in the game.  I never really got into Bridge Constructor before getting the chance to check out Trains but both the base game and the new Trains DLC are a ton of fun, whether you’ve got a perfectly engineered bridge or one that barely holds together long enough for the selected vehicles to cross over.

Kick & Fennick: Out this week on PS4, Wii U and Xbox One, Kick & Fennick is a 2d side scroller that will make you feel right at home if you’ve played games like Splosion Man before.  You control Kick, a young boy awoken from some sort of hibernation in a city that is now overrun by evil robots, with exception of his new robotic friend Fennick.  Fennick requires a new power core and Kick sets out to the heart of the city to find one for him.  Along the way, Kick finds a massive gun that not only allows him to take down enemies but also use the recoil to jump to higher platforms and cross great distances.  The controls are easy to learn but you’ll have to master them pretty quickly as you’ll soon have to do precise double jumps to moving platforms or time your jumps for when an electric barrier is down.  It’s got a great cartoony look and the levels are short but satisfying, you can easily jump in, play a few and then jump out.

Starr Mazer: DSP Demo: The full game is still on the way but you can check out the demo for the upcoming 2d side scrolling shooter Starr Mazer: DSP right now on their website.  It feels a lot like the classic UN Squadron, with it’s distinctive pilots and cash building mechanic, which you use to buy upgrades.  The big twist here is that you choose a squad of ships to start out the mission, each of which costs a certain amount of money, so you can buy one super expensive ship but only have one life for the mission, or a bunch of weaker ships that will give you multiple chances.  All the ships also have unique weapons and attributes as well, so picking the right squad is probably going to be crucial.  It’s got a great look with fully animated pilot portraits in the bottom and they are all voice acted and there’s interesting enemy patterns to deal with as well.  It should be fully out sometime this summer.

The Walking Dead: Michonne Ep 3 “What We Deserve”: The Michonne miniseries recently wrapped up and while the entire thing is the length of one regular Telltale adventure game episodes, it’s still got all the brutal choices and quick time action you’ve come to expect.  In the final episode, you have to finally fully confront Michonne’s guilt about her missing daughters and also have a final showdown with Norma, whose floating camp Monroe Michonne left in flames in the first episode and whose brother Michonne is currently holding hostage.  The hostage negotiation sequence is Telltale at it’s best, with every dialogue choice you make possibly ending the life of one of Michonne’s allies.  If you don’t mind the shortness of the game (the entire thing can be completed in about 3 hours), the whole thing is worth checking out if you want to dive deeper into one of The Walking Dead’s coolest characters.