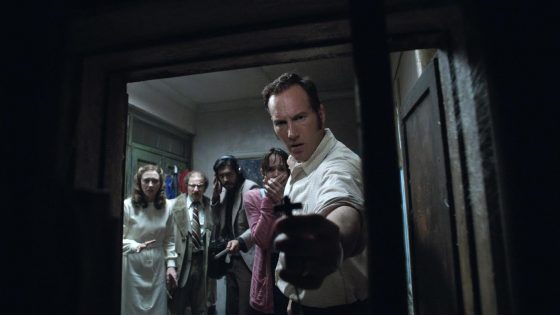 The Conjuring 2 managed to be almost as big a hit as it’s predecessor and easily took the top spot at the box office this past weekend.  The horror sequel took in $40 million, just barely shy of the first film’s $41 million opening in 2013.  It’s the third best ever opening for director James Wan, behind Furious 7 and The Conjuring.

Warcraft took second place with $24.2 million, well below expectations for a movie that cost at least $160 million to make.  It’s going to probably bomb in the US but China head over heels for Duncan Jones’ adaptation of the Blizzard fantasy universe; it’s made over $156 million in China alone and $285 million overall internationally. It’s broken Furious 7’s record of fastest time to break 1 billion yuan.

Now You See Me 2 took third with $22 million, about $7 million off from the original’s opening and it cost about $15-25 million more than it’s predecessor.

TMNT: Out of the Shadows and X-Men: Apocalypse rounded out the top 5, with both dropping almost 60% from the previous weekend, which TMNT took the number 1 spot during.

Taking a massive dive off the charts was Popstar, which fell from eighth to 13th in it’s second week and only making another $1.7 million, pretty much confirming it’s going to be another well reviewed bomb for The Lonely Island team.

Finding Dory is almost assuredly going to destroy the box office this weekend but the question is will it top Captain America: Civil War to become the highest grossing movie of the summer?

Battle at the Box Office 6/6