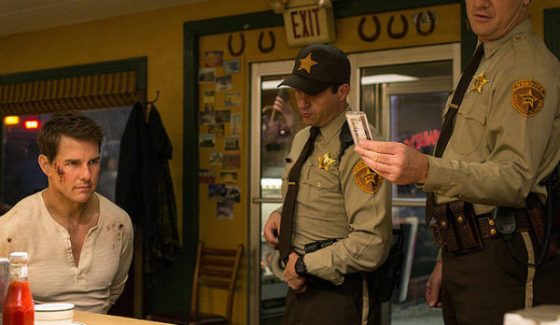 We got a strange first look at the trailer for Jack Reacher: Never Go Back last week from Entertainment Weekly but now Paramount has released the actual, full trailer and it’s full of Jack Reacher beating down anyone in his path to clear the name of Major Susan Turner (Cobie Smulders).  Turner took over Reacher’s old job but is arrested and setup by a shadowy group led by Holt McCallany.  It’s not clear if all of Reacher’s various skills will be deployed but his ass kicking is definitely still sharp and Never Go Back looks much more like a Bourne movie than the first movie, which had a lot of Reacher investigating crime scenes and gathering evidence.  The movie is directed by Edward Zwick, who directed Cruise in The Last Samurai, and it’s out in October, check out the trailer below.