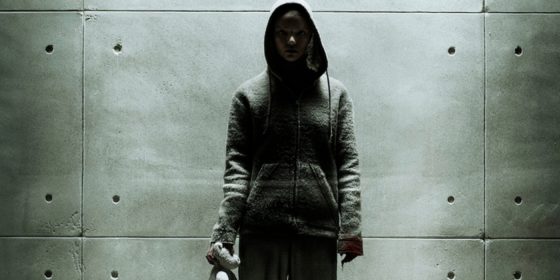 Although it seemed like maybe Morgan was some sort of Ex Machinaesque AI in the first trailer this new full trailer reveals that Morgan (The Witch’s Anna Taylor-Joy) is actually a genetically engineered creation that is evolving at an alarming rate, developing psychokinetic powers and a nasty temper.  After she stabs one of her researchers in the eye, a corporate troubleshooter (Kate Mara) is called in to find out what happened and help determine what should be done with Morgan.  Paul Giamatti, Jennifer Jason Leigh, Toby Jones, Rose Leslie, Boyd Holbrook and Michelle Yeoh round out the cast and Ridley Scott’s son Luke Scott makes is directing debut with his father executive producing.  It’s out in September and you can check out the new trailer below.