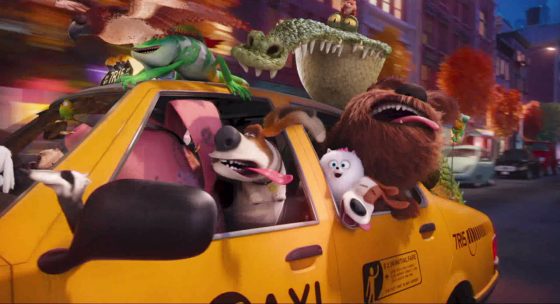 The Secret Life of Pets managed to hold off Ghostbusters and remain at the top of the box office for the second weekend in a row.  The animated hit made another $50.5 million, putting it over $203 million for it’s two weeks out.  It’s the fifth highest movie for Illumination right now but is closing in on The Lorax for fourth place.  Despicable Me 2 is their current highest grossing movie with $368 million.

Ghostbusters took second place with $46 million, which is the highest opening for both Paul Feig and star Melissa McCarthy and the fifth highest opening for co-star Kristen Wiig.  That total is pretty much on par for estimates going into the weekend and Sony seems up for a sequel, so that must have been a solid opening for them.

Legend of Tarzan held strong at third place and is showing some solid legs as it made another $11.1 million and dropped less than 50% from last weekend.  It’s made over $103 million for it’s three weeks out.

Finding Dory and Mike and Dave Need Wedding Dates rounded out the top 5, with the former becoming the highest grossing animated film of all time with $445.5 million and climbing.

The other new release of the weekend, The Infiltrator, took eighth place with $5.3 million, which is 14th for Bryan Cranston between That Thing You Do! and Clean Slate.  It got solid audience reviews but it’s not clear if it can hold on with the other, bigger budget competition that’s hitting in the next few weeks.

In limited release, Woody Allen’s latest film, Cafe Society, took in $355,000 in five NYC and LA theaters and got the highest “per theater average” of the year with $71,000 per theater.