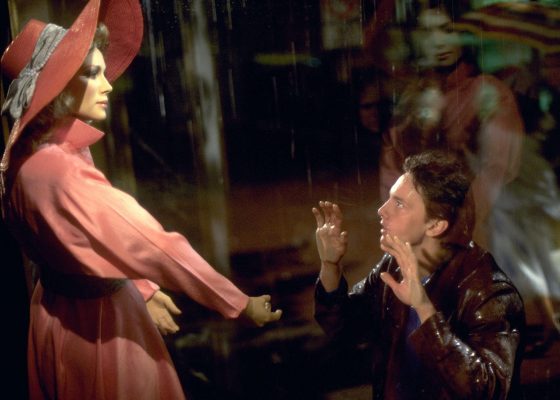 The theme song for both Mannequin and it’s inexplicable sequel, Mannequin 2: On the Move, Nothing’s Gonna Stop Us Now was one of the biggest hits for Starship, the third evolution of the band Jefferson Airplane.  A duet between lead singers Mickey Thomas and Grace Slick, the music video finds Thomas wandering the city searching for a mannequin that transforms into Slick while clips from the movie are intercut. The late Meshach Taylor, who plays the fabulous Hollywood in both movies, also has a cameo in the music video.  The song was nominated for an Academy Award for Best Original Song and was also on the top of the Billboard Hot 100 when it debuted and was the fifth highest song for 1987 on the year end Hot 100 list.  Check out the official music video below.

Musical Montage: Was (Not Was) “Walk the Dinosaur”