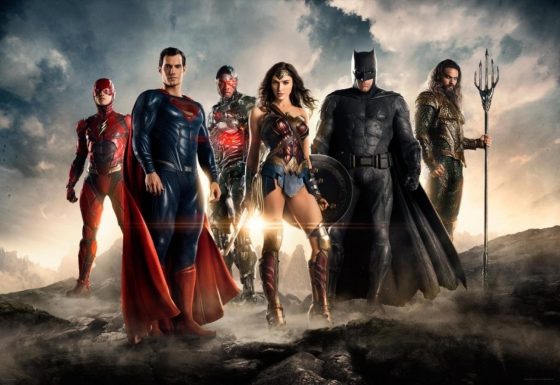 Fans who lined up for hours in front of the famed Hall H at San Diego Comic Con were treated to the first glimpse of the forthcoming Justice League movie today.

The footage reveals our first look at Bruce Wayne (Ben Affleck) in his attempt to recruit and ultimately unite what will become the Justice League. In it, we see the banter between Bruce and Barry Allen (Ezra Miller) detailed in set reports from the film, as well as our first encounter with a supremely badass (and hard-drinking) Aquaman.

We also get our first good look at Cyborg, as well as what will presumably be the final form of the Flash’s suit.

The tone and dialogue certainly take a 180-degree turn from what we saw in Batman v. Superman: Dawn of Justice. It  makes you wonder exactly how much that film’s lukewarm (at best) fan reaction affected Warner Bros.’ plans going forward for the DC Cinematic Universe.

One thing is for sure… As far as teaser footage is concerned, this gets an A+ in my book. Justice League hits theaters in November 2017.

What was your favorite part of the teaser footage? And what do you think of the overall feel? Leave a comment and let us know.