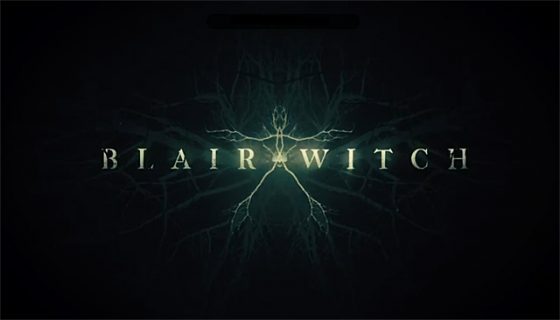 A few months ago, we heard about a new horror movie from Adam Wingard, who previously brought us the excellent You’re Next and The Guest, called The Woods and there was a creepy looking teaser released but it was revealed at Comic Con that The Woods is actually a direct sequel to The Blair Witch Project, called simply Blair Witch.  Basically retconning everything from Book of Shadows, Blair Witch follows James Donahue, who sees the uploaded footage from the first film online and sets out into the Black Hills Forest to find out if his sister Heather, who shot most of that footage, is still alive or get any sort of clues into her disappearance.  James gathers a group of his friends and a pair of local guides and the group sets out but things quickly creepy and dangerous.  The movie will be found footage like the first movie but, obviously, we have slightly better tech than the first film had in 1999 and the found footage genre has evolved since then as well.  Blair Witch is out in September and you can check out the new trailer revealed at Comic Con below.

Kate Beckinsale Tries to Get into The Disappointments Room (Trailer)