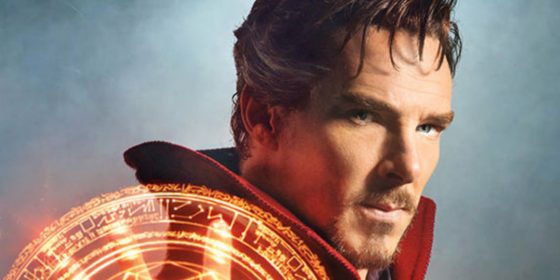 If anyone was worried that the Doctor Strange movie was going to water down the comic’s inherent weirdness, this new trailer from Comic Con should dissuade any fears, this thing looks absolutely bonkers in the best way possible.  Benedict Cumberbatch is the Sorceror Supreme, who begins training with The Ancient One (Tilda Swinton) after a car accident takes away the use of his hands, which is vital for a surgeon.  During his training, Kaecilius (Mads Mikkelsen), a master of the Mystic Arts who wants to reshape the world, attacks, and Strange and Mordo (Chiwetel Ejiofor) have to join forces to stop him.  There’s so much crazy magic in this new trailer and the visuals of a bending and warping New York City that makes Inception look quaint in comparison.  Scott Derrickson, who previously brought us Sinister, is directing and the movie is out on November 4th, check out the trailer below.

Doctor Strange Explores The Multiverse of Madness in May (Trailer)