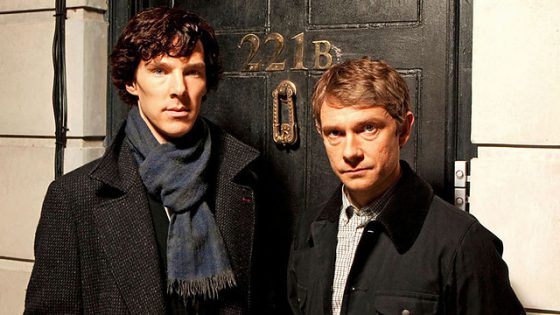 Benedict Cumberbatch and Martin Freeman are two of the busiest people in Hollywood but they finally had enough time to film the fourth season of Sherlock, which arrives next year on BBC and PBS.  Picking up from Season 3 and this past January’s The Abominable Bride special, Sherlock is tasked with figuring out what the post-mortem masterplan of Moriarty is and how to stop it.  Toby Jones joins the cast and all the regulars are back as well.  It looks a bit darker than the other seasons but that’s probably the logical route to go when *spoilers* Sherlock killed his main adversary in the last episode of Season 3.  Check out the trailer for the new season below.