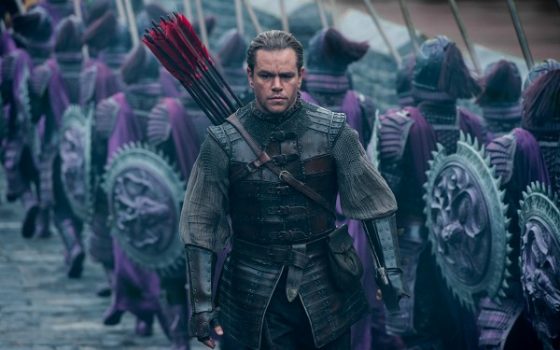 The biggest and most expensive movie China has ever made is coming to the US next year with The Great Wall.  Starring Matt Damon as one of the many soldiers guarding the Great Wall, the movie posits that the wall was built to not only keep out the Mongols but giant monsters and Damon and the other troops need to stop them or the whole country will fall.  Pedro Pascal, Willem Dafoe, Jiang Tian, Andy Lau co-star and Zhang Yimou, who previously directed Hero and House of Flying Daggers, directs.  It looks visually stunning but there isn’t really a good look at the monsters or explanation of why Matt Damon is there and fighting for China.  Hopefully the answers to both of those will be revealed in February of next year and you can check out the trailer below.