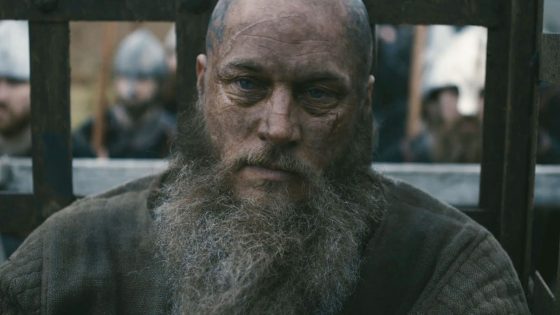 The second half of Vikings’ biggest season yet starts in the fall and there looks to be some major developments that could change the whole Vikings world.  After a devastating defeat on the outskirts of Paris at the hands of his brother Rollo (Clive Standen), who is now a French duke, Ragnar Lothbrok (Travis Fimmel) disappeared for almost a decade, only to return to Kattegat and reunite with his now grown sons.  Although Ragnar’s motivations were unclear in the mid-season finale, it seems like he’s finally planning on taking action for the slaughter of his viking settlement in England decades earlier by King Ecbert (Linus Roache).  Meanwhile, Bjorn (Alexander Ludwig) has acquired a map showing a mysterious new body of water called the Mediterranean Sea and seeks a truce with his uncle Rollo in order to make his way there and Lagertha (Katheryn Winnick) seems ready to go to war with Ragnar’s new wife, and current queen of Kattegat, Aslaug (Alyssa Sutherland).  The show returns in the fall and you can check out the trailer below.

Up to Speed: Vikings Season 2