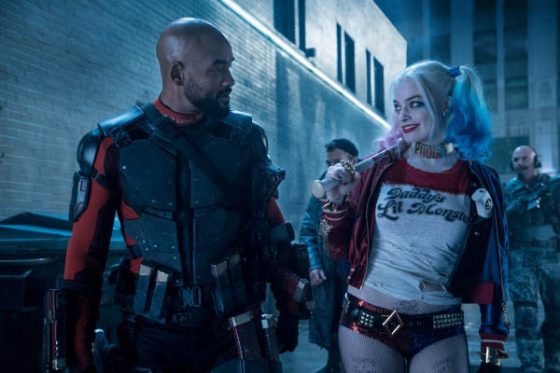 Despite having a massive drop off from last week, Suicide Squad remained on top for another weekend.  The movie dropped almost 70% from last week, making another $43.7 million and bringing it to over $222 million for it’s two weeks out.  It’s about $40 million off from from where Batman v Superman was at the same time frame in March.  It’s currently at $466 million worldwide, putting it eleventh for the year.

Sausage Party took second, surpassing expectations with $33.6 million.  It’s the eighth best opening for Seth Rogen as an actor but it’s the highest opening movie for him and Evan Goldberg writing.

Pete’s Dragon took third with $21.5 million, which is slightly better than The BFG last month but neither movie is the blockbuster Disney was looking for, despite the critical acclaim for both.

Jason Bourne and Bad Moms rounded out the top 5.

Down in eighth place, Florence Foster Jenkins pulled in mostly the older crowd with $6.6 million, about the same as Rikki and the Flash made last year in August to basically the same audience.

In limited release, Hell or High Water had the best performance per theater for the weekend, making $592,000 at 32 theaters.