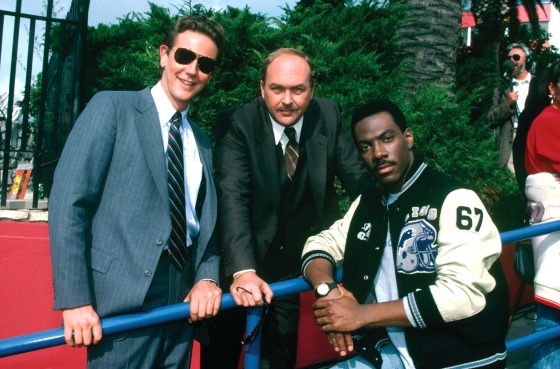 Beverly Hills Cop was a massive hit in 1984 and the soundtrack was also just as big, winning a Grammy for Best Score/Soundtrack and becoming a #1 album in July of 84.  We’ve previously featured the main theme, Axel F, when going over some of the incredible work by composer Harold Faltermeyer but there were a ton of other songs on the soundtrack.  The other massive hit besides Axel F was “The Heat is On” by Glenn Frey (not Kenny Loggins as many people believe), which reached #2 on the Billboard Hot 100 and #4 on the Mainstream Rock charts.  Patti Labelle also contributed two songs to the soundtrack, New Attitude and Stir It Up, and it helped her transition to more pop hits from soul/R&B.  The Pointer Sisters were also on the soundtrack with Neutron Dance, a song that was originally written for Streets of Fire but it was taken over to Beverly Hills Cop.  Check out all four of these songs below.