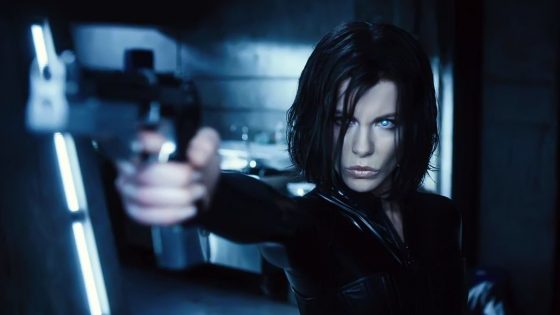 Kate Beckinsale is back in the leather as vampire Selene for the fifth and maybe final(?) entry in the Underworld franchise, Blood War.  Picking up from 2012’s Awakening, Selene is on her own battling the Lycan threat but the werewolves get a new, powerful leader that forces Selene to get the help from the vampire clan that betrayed her.  Theo James and Charles Dance return from Awakening as Selene’s only true vampire allies, David and Thomas.  It looks like pretty typical Underworld stuff, with lots of machine guns and slow motion and CG werewolves, so if you’re still into the franchise, this seems like more of the same.  The interesting thing is that it almost went head to head with the final Resident Evil movie, which is at this point essentially the same thing as Underworld just with zombies and Milla Jovovich.  Underworld: Blood Wars arrives on January 6th next year to kick off 2017 and you can check out the trailer below.

Action Hero of the Week: Selene