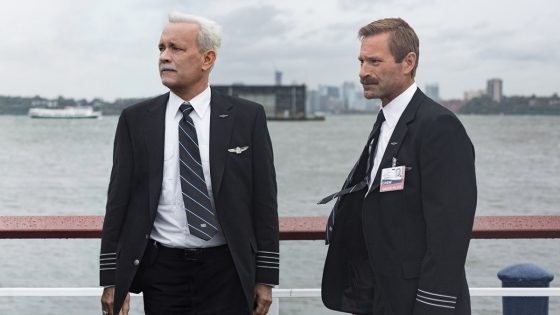 Sully held off the competition for another weekend at the box office, bringing in another $22 million and bringing it’s two week total to $70.5 million.  It’s currently Clint Eastwood’s 8th best performing movie and is about $20 million ahead of where Captain Phillips was during the same time period and about $40 million ahead of Bridge of Spies.

The new Blair Witch took second with $9.6 million, which is about half as much as was predicted and below even the opening of the atrocious Book of Shadows: Blair Witch 2.  The original Blair Witch Project was a freak of nature, making over $140 during it’s run off a microscopic budget of $60,000, making it one of the most profitable movies in cinema history, so anything would pale compared to that.  Audiences were also not on board for this new Blair Witch based on Cinemascore, which was a D+ from people coming out of the film, so it could nose dive next week.

Bridget Jones’s Baby took third with $8.2 million, the worst opening for the series but it is doing gangbusters in the UK, setting a new record for romantic comedy openings there with $11.3 million and is doing much better in other countries besides the US.

Snowden took fourth with $8 million, the 9th best opening for Oliver Stone behind The Doors, and Don’t Breathe rounded out the top 5 with another $5.6 million, putting it over $75 million for it’s four weeks out.

Nothing else really moved too drastically down further on the charts and we’ll have to see if the team of Clint Eastwood and Tom Hanks can hold up against the team of Chris Pratt and Denzel Washington as The Magnificent Seven opens.