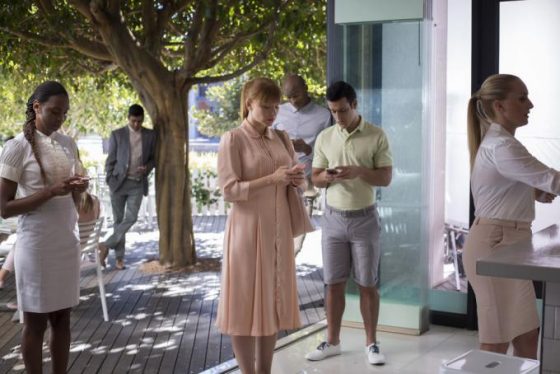 Black Mirror quickly grew from a British cult hit to worldwide obsession when the first two seasons finally arrived on Netflix streaming a few years ago but now 6 new episodes are coming on October 21st to potentially make you a jibbering technophobe.  Creator Charlie Brooker wrote all six new episodes, although he co-wrote on two, like the opening episode “Nosedive” with Rashida Jones and Michael Schur.  Directors like Joe Wright and Dan Tracthenberg are also onboard and the episodes will feature actors like Bryce Dallas Howard, Alice Eve, Michael Kelly, Jerome Flynn, Wyatt Russell, Sarah Snook, Mackenzie Davis and Gugu Mbatha-Raw to tackle things like a world where everyone you interact with can give you a rating, which affects all aspects of your life or an immersive new video game that requires minor brain surgery to play.  Another season of six episodes is already scheduled for 2017 but for now, check out the Season 3 trailer below.