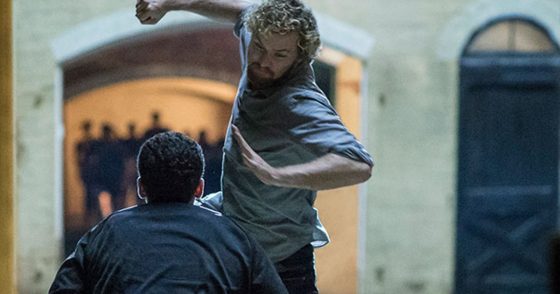 With Luke Cage out now on Netflix, his (hopefully) future Heroes for Hire partner Danny Rand (Finn Jones) took center stage at NYCC this weekend as the final member of The Defenders will arrive in March of next year.  When his parents are killed after a plane crash in the Himalayas, Danny discovers the mysterious city of K’un-Lun and is taken in by it’s residents to learn the ways of martial arts and eventually gaining the power of the Iron Fist, which turns him into a living weapon.  Returning home to NYC, Danny tries to regain his family’s company from evil business partner Harold Meachum while using his new powers to fight evil.  The action looks on point with the previous Netflix shows, especially Daredevil, and hopefully Danny’s ties to the mystical arts will help shed some light on things going on in Daredevil before everyone teams up for The Defenders.  All episodes of Iron Fist start streaming on March 17th next year and you can check out the action packed new trailer below.