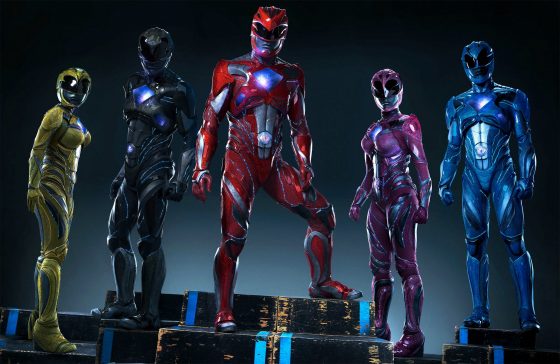 After lots of teaser images and posters, the first footage from the reboot of Mighty Morphing Power Rangers debuted at NYCC this weekend and it was…interesting.  Not featuring anything we would kind of want to see, like the Zords, Zordon or Morphin’ Time, this first trailer features a lot of setup and the new dynamic for the Rangers, who are all a Breakfast Clubesque group of misfits and outcasts who discover the power coins in a restricted area in the nearby mountains.  The coins change them physically, giving them enhanced strength, endurance and agility, which is a pretty cool twist and helps make it more plausible that these “teenagers with attitude” would be able to take on all the monstrosities sent by Rita Repulsa (Elizabeth Banks).  Personally, this trailer is a little bit more serious than I would have liked and I would have liked to see at least a hint of the Zords or see exactly what the hell Bryan Cranston is going to look like as Zordon but maybe in the first full trailer we’ll get some of that stuff.  The movie is out in March next year and you can check out the trailer below.