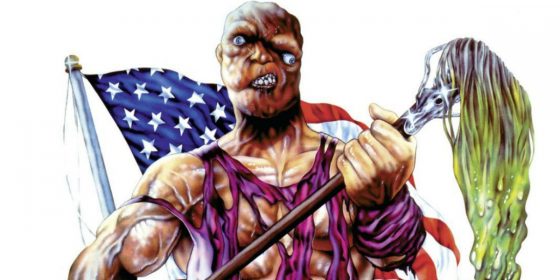 For October’s Movie of the Month, we’re watching New Jersey’s favorite and only superhero, Toxie, take on the various criminals of Tromaville in 1984’s The Toxic Avenger.

The Toxic Avenger kicked off the goofy, gross, wonderful empire that is present day Troma and was followed up by four three sequels and a cartoon that was one of the most insane leaps from movie no kid to should ever see to an attempt to be the next TMNT:

Troma head honcho Lloyd Kaufman directed the movie himself and it’s full of ridiculously over the top gore, nudity, politically incorrect humor and everything else that makes Troma great.  Troma actually put the movie up for free on youtube officially, so we’ll be watching that version at the end of the month, just in time for Halloween.

Movie of the Month: Blank Check