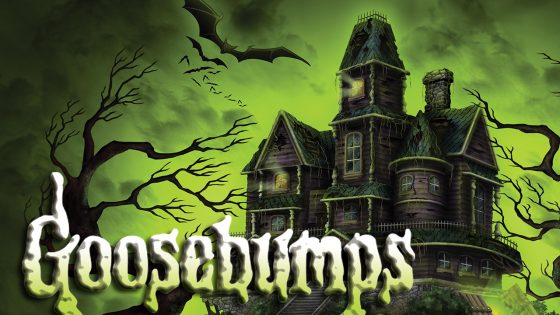 We’re closing in on Halloween and it’s the perfect time to revisit one of the defining things of the 90’s for most of us, Goosebumps, and in particular, the Fox TV show that adapted RL Stine’s classic spine-tingling tales.

Did I Know Anything Going In?: Much like Power Rangers, Star Wars and TMNT, Goosebumps was one of my absolute obsessions when I was a kid.  I devoured the books and was eagerly awaiting the TV show.

First of all, how dope is that theme song still? It’s a rap/hip hop sample gift wrapped for whoever wants to use it.  But anyway, there seems to be a little bit of confusion about what the actual first episode of Goosebumps the series actually was.  I believe The Haunted Mask may have been a primetime special and is listed as the first episode on Wikipedia and other sites but Netflix has The Girl Who Cried Monster as the first episode of Season 1 and The Haunted Mask is under “Specials”.  I’m going to go with Netflix but if anyone has definitive proof of what the first episode was, let us know.  So, with that out of the way, The Girl Who Cried Monster is an adaptation of the eighth Goosebumps book and follows Lucy Dark, who is a girl who terrorizes her little brother and annoys her family with stories about monsters.  She is also part of the “Reading Rangers” program at the library, which I’m assuming is some sort of Canadian 90’s initiative to get kids to read more books.  Mr. Mortman is the librarian at the library and seems a little creepy and weird but a normal person but Lucy has to go back to the library after hours for the most 90’s reason imaginable, she forget her rollerblades (or just “blades” because that’s how Lucy rolls) and she is horrified to see Mr. Mortman transform into a hideous creature and eat crickets.  When she gets home, obviously no one believes her because she’s a filthy liar so she decides to get proof and heads back to the library with a camera.  She manages to snag a single picture but is almost caught by Mortman, who then shows up later at both her house and the photo shop to act not at all suspicious and weird.  Lucy’s parents invite him over for dinner and, in typical Goosebumps fashion, it’s revealed Lucy’s parents are also monsters and they devour Mr. Mortman to maintain their cover in town.  Lucy and her brother Randy are also monsters and will be able transform into hideous monsters when they get older in what is probably a horrifying version of puberty.

The Girl Who Cried Monster is not a particularly memorable or interesting Goosebumps story and the episode reflects that.  The one saving grace is Eugene Lipinski, who later went on to roles in Fringe, The Recruit and most recently Warcraft, as Mr. Mortman, who does a great job of being quietly creepy in human form but then turns into a raving cartoon character in monster form.  With some very rare exceptions, like Ryan Gosling(!), the kids on Goosebumps were pretty terrible as actors and Deborah Scorsone who plays Lucy is maybe not the worst in Goosebumps history but far from the best.  She actually does get a few laughs, like when she yells back into her empty house when Mr. Mortman shows up to see if her dad is done polishing his rifle.  The twist also makes very little sense when you think about it, especially when Randy seems perfectly fine with his parents devouring a man in the family living room but is constantly scared by made up monsters that Lucy makes up.

If this actually was the episode that kicked off Goosebumps proper, it’s a solid but unmemorable opening.  The things that stand out are the makeup effects on Mr. Mortman’s monster form and his creepiness in human form but there were much better episodes as the series went on.