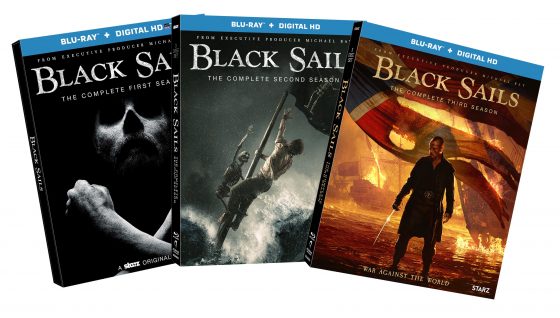 Blacks Sails is wrapping up next year with the fourth and final season next year and we have the chance for you to get all three previous seasons on Blu Ray to catch up.

If for some reason you don’t know the show, it’s a prequel to Treasure Island following Captain Flint (Toby Stephens) and his pirate crew as they take on rival crews and, eventually, the British government, to gain freedom for Nassau and themselves.  The show features brutal but realistic ship battles and pirate action and it’s been a fun ride for the last few years.  If you want to win the three season prize pack, just let us know what classic novel deserves a gritty reboot into a scripted series by e-mailing contact@everythingaction.com before November 11th at 11:59pm EST to be entered.  It’s only open to US residents.