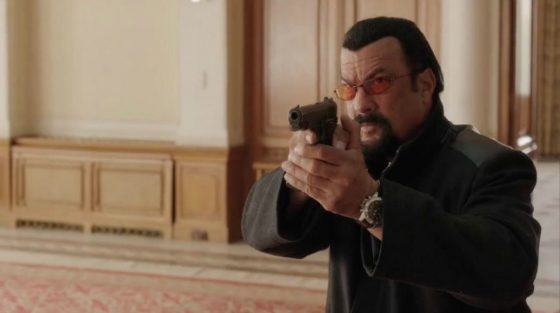 On top of possibly becoming an honorary Russian and being the new spokesman for World of Warships, Steven Seagal is still cranking out movies and the latest is arriving in December.  Contract to Kill finds Seagal as Harmon, a CIA AND DEA agent who is tasked with stopping a group of terrorists who are planning on using the drug smuggling routes of the Mexican cartels to smuggle a nuke into the United States.  Teamed up with an FBI agent and a tech expert, Harmon will take down everyone in his path.  It looks slightly better than some of the absolute dreck Seagal was putting out a few years ago, like Attack Force, but we’re still nowhere near the heyday of the Aikido master.  Contract to Kill is out on December 9th in limited theaters and On Demand and you can check out the trailer below.

Bruce Willis is Bored and Held Hostage in Extraction