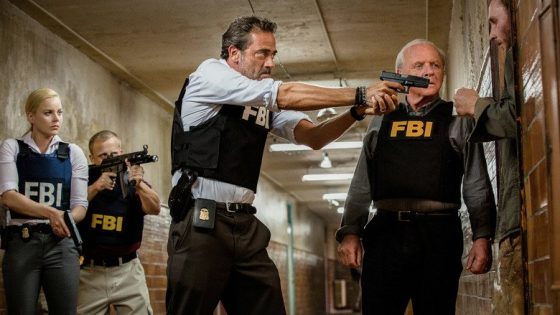 Taking a break from masterminding the mind fuck of a theme park that is Westworld, Sir Anthony Hopkins teams up with Jeffrey Dean Morgan, taking a break from bashing people’s heads in on The Walking Dead, in the upcoming thriller Solace.  Morgan is an FBI agent tracking a serial killer who seems to be impossible to catch and he enlists Hopkins, who is a retired doctor with psychic abilities, to help track the killer down.  However, it turns out the killer, played by Colin Farrell, is also psychic and seems to be one step ahead of the FBI at every turn.  Abbie Cornish co-stars as Morgan’s partner and it looks like a decent thriller that will be elevated by it’s cast.  It’s out on December 16th and you can check out the trailer below.

Nicholas Hoult Gets Fast & Furious on the Autobahn in Collide (Trailer)