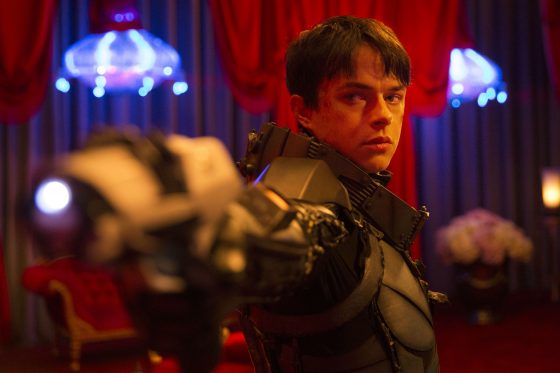 Luc Besson has had a ton of projects since The Fifth Element but next year’s Valerian and the City of a Thousand Planets is the first one that seems to harken back to that awesome brand of sci-fi madness.  Based on a critically acclaimed, long running French comic series, Dane DeHaan stars as Valerian, a future agent for humanity’s government that expands across the galaxy and he and his partner, Laureline (Cara Delevingne) are sent to the city of Alpha, where 17 million members of thousands of alien races live in unity but there’s a group working in the background to overthrow all that.  VIsually it looks amazing and it definitely feels like the guy who made The Fifth Element now has access to way more technology.  Clive Owen, Rihanna, Ethan Hawke, John Goodman, Herbie Hancock(?!) and Kris Wu co-star and the movie is out on July 21, 2017.  Check out the trailer below.

Review: Valerian and the City of a Thousand Planets