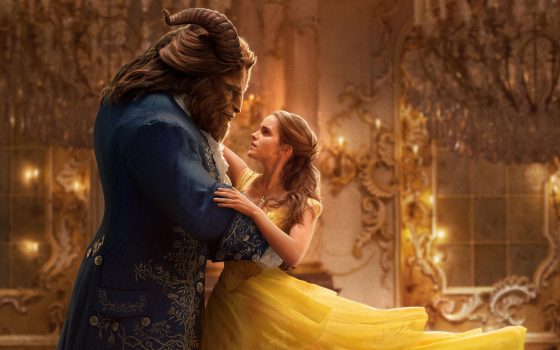 With the success of Cinderella and The Jungle Book, the current run of Disney rebooting their animated classics is not going to stop anytime soon and the next entry is next year’s live action Beauty and the Beast.  Emma Watson stars as Belle, who takes her father Maurice’s (Kevin Kline) place as a prisoner of The Beast (Dan Stevens) in his enchanted castle but the two slowly start falling for each other and Belle could be the one to finally break the curse on Beast and his servants and return them to human form.  Ewan McGregor, Ian McKellan, Emma Thompson, Stanley Tucci and Gugu Mbatha-Raw voice some of the notable residents of the castle while Luke Evans is Gaston with Josh Gad as his toady Le Fou.  All of the music from the animated movie will be in this new version along with several new songs (personally I can’t wait to see the new version of “Gaston”) and the score, at least for the trailer, seems to be carried over as well.  The movie is out on March 17th and you can check out this first trailer below.