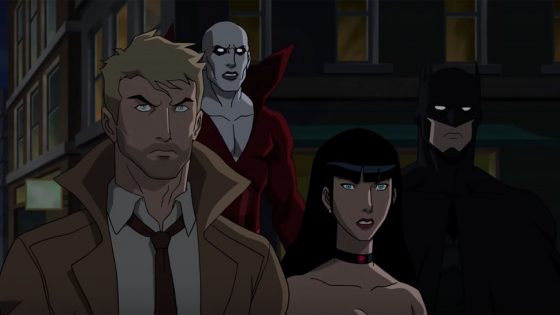 While we may eventually see the magic based Justice League Dark team in the DC Extended Universe (last we knew, Doug Liman is going direct) but much sooner, we will see the team enter the animated universe with the appropriately named Justice League Dark animated movie.  When demons start attacking people around the world, Batman (Jason O’Mara) goes to recruit John Constantine (Matt Ryan) along with Zatanna (Camilla Luddington), Deadman (Nicholas Turturro), Etrigan the Demon (Ray Chase) and Swamp Thing (Roger Cross) to fight the demonic outbreak alongside the Justice League.  Jay Oliva, who has directed a bunch of other movies in the DC animated universe like Batman: Bad Blood, Justice League: The Flashpoint Paradox, the adaptation of The Dark Knight Returns and Assault on Arkham, is directing and it will be another R rated in the series following The Killing Joke adaptation earlier this year.  The movie is out sometime early next year and you can check out the trailer below.