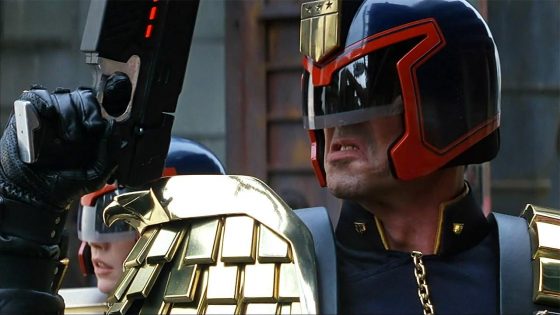 This month for our Everything Action Commentary, we’re heading to Mega City One for Stallone’s take on Judge Dredd:

Hitting in 1995, this is one of the movies that kind of signified the downward spiral of Stallone’s superstardom, as nothing was really that great again until Rocky Balboa in 2006.  Judge Dredd is also obviously surpassed on every level by Dredd from 2014, which is the true adaptation of the 2000AD comic character to big screen but woefully underseen.  This version does have some slight advantages over Dredd though, like sending Dredd into the Cursed Earth and running into classic Dredd villains the Angel Gang and the costume looks good for the one scene Stallone actually wears the helmet.  Diane Lane, Rob Schneider, Armand Assante and Max Von Sydow co-star and we’ll be watching it at the end of the month.  It’s on Netflix right now if you want to add it to your queue to get ready: https://www.netflix.com/title/659880

Movie of the Month: The Expendables 3