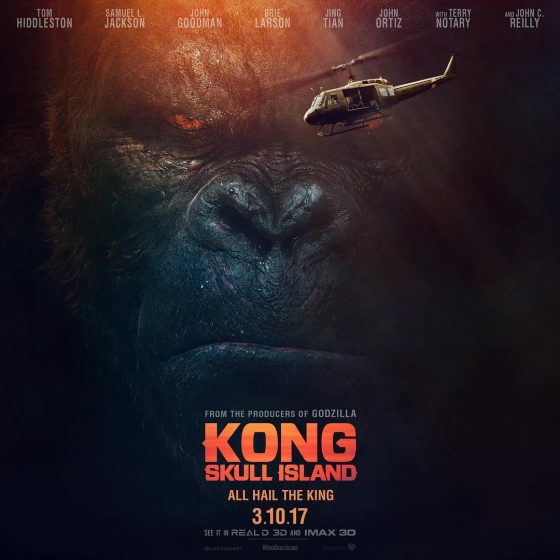 We got our first taste during San Diego Comic Con but now a new trailer is here for Kong: Skull Island with tons of footage of the big ape.  Set in the same universe as 2014’s Godzilla reboot, Kong: Skull Island takes place in the 70’s as a scientific expedition and their military escorts set out to a previously uncharted island to gather topographic evidence and, at least for John Goodman’s character, find evidence of the monsters living on the island, including Kong himself, who is at his biggest he’s ever been but seems like he might be punching beyond his weight class when he eventually battles Godzilla in a few years.  I absolutely love the Vietnam War meets Kaiju aesthetic going on and there looks to be some crazy creatures besides Kong living on Skull Island.  This trailer also gives us our first look at John C. Reilly’s character, who is definitely going to be the comic relief as someone who seems to have been living on Skull Island with the natives.  The movie is out March 10th next year and you can check out the awesome new trailer below.