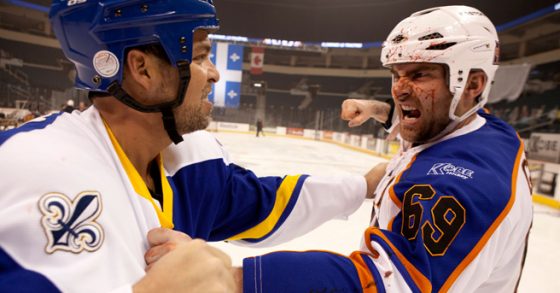 2011’s Goon has become a cult classic, the spiritual successor to Slap Stick and a sequel is coming next year.  Seann William Scott’s Doug Glatt returns to the ice after retiring when his prior team, the Halifax Highlanders, need players when a lockout occurs.  Liev Schreiber, Alison Pill, Kim Coates and Jay Baruchel, who also directed, are back from the first film and Wyatt Russell, Elisha Cuthbert and TJ Miller are joining the sequel.  The movie is coming out in March in Canada and hopefully shortly thereafter elsewhere, check out the Red Band trailer below.