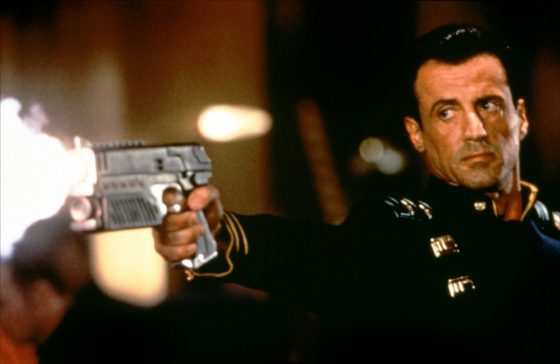 1995’s Judge Dredd is potentially the point when the tides turned for Stallone, as it was a massive critical and commercial failure and he didn’t really recover until Rocky Balboa years later.  Of the many strange choices, including only having Stallone in the iconic Judge Dredd costume for the first five minutes, the soundtrack was also full of baffling choices, including having The Cure perform the theme song “Dredd Song”.  Maybe the connection is England or maybe The Cure were huge 2000AD fans but their brand of gothic rock doesn’t really fit with the over the top, satirical world of Mega City One and definitely not as well their prior soundtrack contribution to The Crow.  The song played over the end credits and we were unfortunately never treated to a music video where Stallone stalks through some Mega City One goth club but you can listen to the song below.

Musical Montage: Anthrax “I Am the Law”