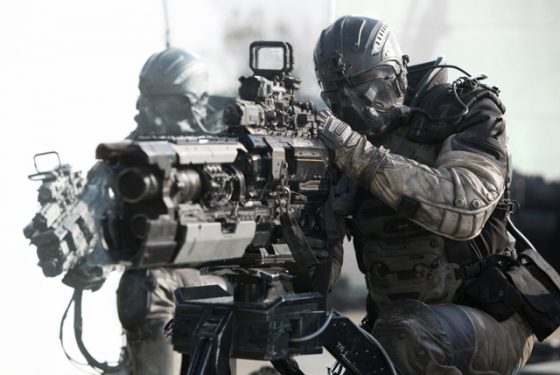 Originally supposed to hit theaters in August of this year, Universal quietly removed Spectral from it’s lineup without so much as a poster or trailer but now Netflix has swooped in to release this strange horror/action hybrid.  Starring James Badge Dale, Bruce Greenwood, Max Martini, Clayne Crawford and Emily Mortimer, it follows a special ops team sent into a European city that is overrun by strange supernatural creatures that kills them on contact.  Badge Dale is an engineer brought in to try and figure out what they’re up against and how to stop them.  It seems like they eventually the develop some sort of energy weapons and things get crazy as they battle these evil spirits.  The movie will hit Netflix streaming on December 9th and you can check out the trailer below.