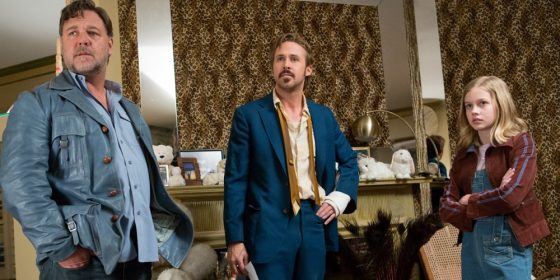 Holland March: Look on the bright side. Nobody got hurt.

Holland March: I’m saying, I think they died quickly. So I don’t think they got hurt.

See Holland and Jackson in Action:

Shane Black is Back with The Nice Guys (Red Band Trailer)